She Ain’t Heavy, She’s My Sister

Here begins my story. I was sent to San Francisco on a business trip, but prior to my trip I had misplaced my wallet with all my credit cards. A few days before my flight out of Chicago, I had to obtain new debit cards from my bank. I was issued temporary cards which I tested at an ATM machine prior to leaving Chicago.

Touch down at San Francisco airport at 3:45pm and like every tango dancer in a new city, one of the first things I do is call the local dance studio to find out about classes. Tango dancers are tango fanatics and we will sooner bring our luggage to a class or milonga, than to check into the hotel first and run the risk of being late for tango in an exciting new city.

I already reserved my rental car prior to leaving Chicago, so I went to the Avis counter to pick it up. The attendant behind the counter looked at my temporary debit cards and told me, "We cannot rent you a car unless you have a credit or debit card with the VISA or MASTERCARD logo." Temporary cards don't have this logo, but I can easily get cash using one of my debit cards.

Unfortunately, the rental car companies won't take cash unless you provide them with several documents with proof of residence. Who carries copies of their utility bills and pay stubs?? Not me. But not only that, they wanted an additional $500 as a downpayment on top of the cost of the rental.

At this point, I gave up the idea of renting a car for the evening. The next question was "Do I go directly to the hotel or do I go to tango?" I called my tango instructor Al Gates in Chicago and asked "What do I do? I'm stranded in San Francisco!" "Go to tango, the people there will help you," he says.

Well as usual, I always think I can get myself out of any mess. Anyone who knows me, knows that I hate asking people for help. At that moment, I made the decision to try to figure this out on my own and still go to tango after I sorted this all out.

I was interested in taking classes from an Argentine Meastro by the name of Pampa Cortez, so I called the number to the studio and got Gigi. Gigi told me classes are from 7:30 to 9:30 that night in Oakland. I explained to Gigi that I was from Chicago and I was having difficulty renting a car.

I asked her if I could get a ride to my hotel after class, and she told me that she would make arrangements for me. My hotel and work were actually in Fremont, California. For those of you who are not familiar with the Bay area, San Francisco is north of the Bay, Oakland is to the east of the bay and Fremont is about 45 minutes south of San Francisco by public transportation. Perfect, Oakland is between San Francisco and Fremont, this was going to be easy.

All I had on me in cash was $50 so I decided to withdraw some money from the ATM. I bank with Chase but there were no Chase ATMs to be found in the airport. Not that it matters, even temporary cards can be used on any ATM machine.

I swiped my card, and punched in my PIN. I get a message from the machine that the card cannot be used at this time. What?!?!? By now it was already 6:00pm, I called the bank's 800 number and they no longer have 24 hour assistance. At this point I'm thinking, I tested this card prior to leaving Chicago, and it worked on a Chase ATM. Maybe I needed to go to a Chase ATM.

I hopped in a cab and we drive to the nearest Chase bank. I tried my card at the Chase ATM, and it didn't work. I ask the cab driver to drive me to the nearest BART station. After paying the cabbie, all I have left is $25. I'm at the train station, it's getting dark, it's getting cold, and I'm in an unfamiliar city.

What was supposed to be an exciting and fun business trip/weekend vacation has now turned into a nightmare. Thoughts were racing through my head, "Do I have enough money to take the train to Fremont? When I get to Fremont do I have enough to take a cab from the train station to the hotel? How am I going to pay for the hotel? Am I going to be sleeping on the streets of San Francisco? How am I going to make it to work tomorrow?"

Luckily for me, the Bart ride was $6. I bought a ticket and hopped on the train. The same questions were running through my mind as I was on the train, people were on the subway begging for money. In the back of my mind, I'm thinking, maybe I should be begging for some extra cash in case I don't have enough for the cab ride.

45 minutes later I finally get to my stop, I get off the train, and I ask the cabbie how much to the hotel? $18 he tells me. Whew. Just made it and now I have no cash whatsoever. I get to the hotel and I'm greeted by Joe at the front desk. Nice guy. I told him my situation but without any cash on hand, without a credit card there was nothing he could do for me.

The situation had gotten desparate, it was now 11:00pm and Joe contacted his manager but he wouldn't budge. Right at that moment, I get a call. Thank God for cell phones, caller ID and a woman named Gigi. "You didn't show up to tango and I wanted to make sure you were ok," she says. "Well, not really." I said.

I explained to her what had happened and she told me that she would lend me the cash and I could pay her back next time I saw her. I hung up and waited for Gigi's arrival. Joe was feeling sorry for me, so he kept me company until Gigi arrived all the way from Oakland to Fremont and she paid for my hotel stay for the evening. She saved me from sleeping on the streets like a homeless person.

The next day I went to the bank and discovered they had blocked my accounts, thinking that someone was trying to fraudulently use my cards in California. In the end, I made it to work on time, I withdrew enough money for the rest of my trip, I paid Gigi back, I got to dance with Pampa, and I met many other really great dancers in San Francisco.

It's so refreshing to know that there are such kind hearted people like the Gigis of the world who are willing to help complete strangers when they need it most. After this experience, I know I can count on the tango community in any state or country. I always have a home and family away from home. Now as a tango instructor here in Chicago I will always remember this act of kindness and i promise to to pay it forward!

© Copyright 2010 Karen Ma; All rights reserved by Tango Chicago.
Contents of this page should not be reproduced without written permission. 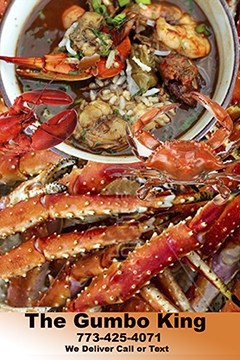 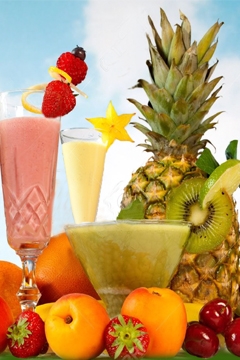 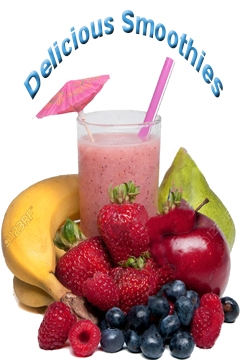